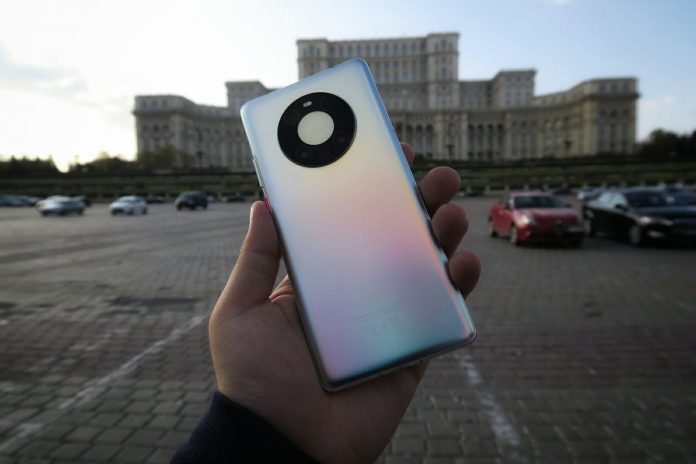 Huawei Mate 40 Pro is among the company’s latest phones, part of the Mate 40 series, presented at the big event on October 23. Although launched in a difficult period, both globally and for Huawei, which is facing difficulties, it has reached our country as well. I had the opportunity to test it myself, and in the rows below you will find out my opinion about this device.

Advertising ⚡ -3% of the price on QuickMobile if you use the coupon: QUICK202

The first impression when I took the smartphone out of the box was that I was holding a jewel in my hand. The body is made of front-rear glass and aluminum on the sides. Nothing unusual or unprecedented, but Huawei managed to finish it very well, and the attention to detail can be seen. It seems that the Chinese wanted to go safe with this series, the phone feeling extremely good in the hand. At the same time, it seemed quite easy to use with one hand.

I like the design elements, the buttons, now behind the terminal feel very good and I got used to it. immediately with their location. As for the color “Mystic SIlver”, it impressed me, always reflecting different and interesting shades depending on the light. And the circular module of the rear camera “Space Ring Design” is very visually pleasing. 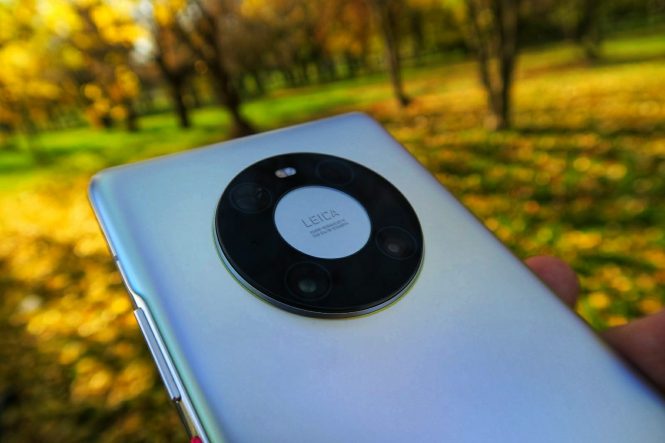 Huawei Mate 40 Pro has a 6.76-inch OLED screen with a resolution of 1344 x 2772 pixels and a refresh rate of 90Hz. The company managed to offer an 88-degree curved screen, which gives the phone a spectacular look. Movies, games and videos can be seen in a big way on this phone, and thanks to the acoustics, the experience becomes grade 10.

Also in the front we will find the dual-selfie camera , in a “pill” cutout. I expected to be bothered by this, seeing how big it is, but it wasn’t like that. After a few days of use I understood why they chose to do this. Facial unlocking is done instantly, with an integrated 3D sensor. Also in the front we have the fingerprint sensor, integrated in the display. I used this one more when I had to go outside, and the camera couldn’t recognize my face wearing a face mask. But I can say that it is fast and does not fail.

Mate 40 Pro integrates the new Kirin 9000 5G processor made on a 5nm architecture. We still have 8GB of RAM and 256GB or 512GB of UFS 3.1 storage, and as a GPU – Mali G78 MP24. I didn’t notice any trace of lag after use, no matter what I did on it or how many applications I had in the background. He also does very well in games. I played PUBG and Asphalt 9 to the maximum detail, the experience being extremely pleasant and fluid. Also, the phone does not suffer from overheating. For number enthusiasts, we also made two benchmarks in Antutu and Geekbench 5. which you can find below.

Also inside we have a 4400 mAh battery, and EMUI management leads to a fairly good autonomy. It provides about a day and a half, maybe even two depending on how you use it. In any case, we have in the package a 66W charger that can charge the terminal in just 45 minutes. We also have wireless charging up to 50W, but also reversible charging, which has already become the industry standard for charging headphones, watches or other wearable devices.

I liked the acoustics of this terminal, I didn’t think a phone could be heard so clearly and loudly at the same time. Huawei has included two quality stereo speakers on this model, separate from the talking ones. Another thing that impressed me was the vibrations and haptic feedback they provided. I don’t know how I could explain it in words, but they feel natural and sync with the sound of the device extremely well.

Huawei Mate 40 Pro has 5G support, Wi-Fi 6 and Bluetooth 5.2. Of course, GPS, NFC and the much lacking (at least for me) IR sensor, which was in vogue a few years ago, but has recently begun to disappear from almost all models on the market. I also did a WiFi test to see how the terminal handles. The speeds obtained were quite surprising. Applications are downloaded and installed extremely quickly, thanks also to the storage of UFS 3.1.

READ THIS:  I can’t browse the sites I like at work because company firewall policy is too strict

The terminal integrates a quad camera on the back, with Leica technology, with the following setup: 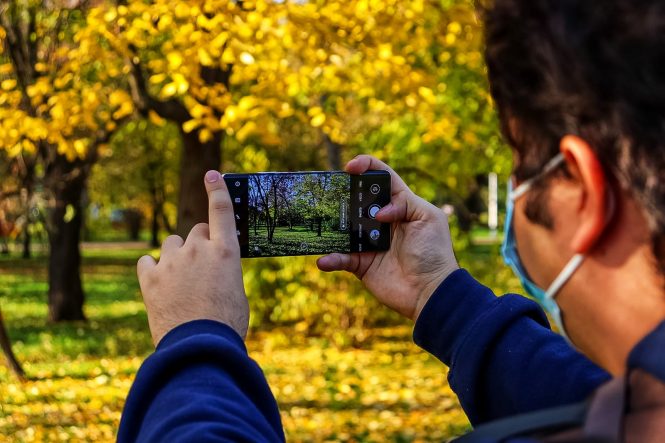 From an experience point of view, the camera application is simple and intuitive. We have in the foreground the modes: Portrait, Aperture and Night. HDR image processing is now done with hardware, not just software and I can say that the photos come out great.

Below you have a 50x zoom monster. I blurred the registration number, but the details can still be noticed.

For low light photos, I encountered situations when I did not use night mode, and they came out the same or maybe even better in standard mode.

It’s not bad for selfies either, especially since we have wide mode on the front camera as well:

For video, we have 4K 60fps in H264 or H265 on any of the cameras. The image quality is very good here too, and the stabilization is top notch. I also like the function of directing the sound from the microphones depending on the position of the sound and the cancellation of background noise in this case. He also does well in low-light filming.

Unfortunately, we do not have Google Play services on this model either, but Huawei is trying to offer everything possible through its own “App Gallery” app store, as well as through Petal Search. I know many people who avoid Huawei because of this and I admit that at one point I was one of them. After using the Mate 40 I realized that I can have almost all the applications I use on it. Of course, there are still ways we can force the installation of GMS and Google Play, but I don’t think it’s recommended.

As for the software, it’s fast, the experience being more pleasant than m- I would have waited. The animations are fluid, and the terminal “flies” through applications. The settings, although complex, are organized and easily accessible.

A special feature that impressed me is EOD, available only on the Mate 40 series. This is an AOD, only now the phone can “See” when we look at it and open it automatically to check time or notifications.

If you own a Huawei laptop, it gets along very well with the Mate 40 Pro phone. Coincidentally, I recently received a Huawei Matebook 14 through which I managed to test this aspect as well. Only if you bring your smartphone closer to the notebook’s touchpad will its display be displayed immediately on the desktop.

Thus, we can operate the terminal using the mouse or touchpad provided, scroll, pinch, write. We can answer calls directly on our laptop and activate the device we want to talk about. The file transfer becomes very fast, by drag and drop directly from the phone gallery. At the same time, we also have Huawei Share, through which we transfer files via Wi-Fi between already known devices.

We can still record the laptop screen for 60 seconds, shaking the smartphone and touching its connection area. Recently, PC Manager also received an update that allows us to use up to three windows of the phone simultaneously.

Huawei Mate 40 Pro is a phone with a special design, which comes bundled with a great user experience and a very Hi. App Gallery finally has many applications, including banking such as NeoBT, My BRD, George Romania, and the list continues to grow day by day. The ecosystem impressed me and was useful, the laptop and the mobile terminal working very well together. Right now, if I were to use a Huawei smartphone as my main phone, I would do it, following the review noting that it’s not that hard without GMS.

Huawei Mate 40 Pro is available at the following online stores: 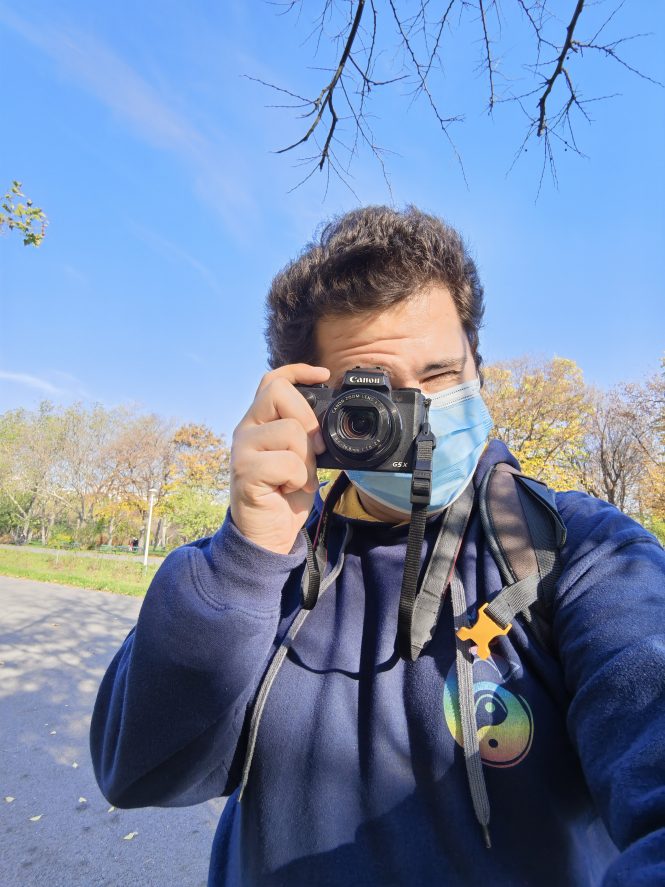 Dacia Logan, Sandero and Sandero Stepway are officially available in Romania; Here are the features of the new Dacia cars

Most productive Tech Reward Ideas 2020: High Gifts in Items and All Issues Tech

Now you can find out what your cat “says” through the MeowTalk application, from Alexa's creator

Are we buying Xbox Series S or are we waiting for Xbox Series X? Here are the differences between the two Microsoft consoles

167 Gadgets the Tech-Lovers in Your Life Will Cherish Forever

Bang & Olufsen turns 95 and launches Golden Collection, a luxurious version of its products

OnePlus 9 Pro 5G revealed months before elevate out its ad

The 10 Runway Trends You’ll Be Wearing This Year

50 Tips and Insights About Productivity, Happiness, and Life

Most productive Tech Reward Ideas 2020: High Gifts in Items and...